Blockin’ out the scenery, breaking my mind.

No matter where you are in the world today, language is everywhere you look. It’s used in shop signs, products in the supermarket, the names of buildings, menus, graffiti, airports, public transport, shopping centres, notices, advertising posters and hoardings.

What are Linguistic Landscapes?

The study of the linguistic landscape is a relatively new area, which draws from several academic disciplines such as applied linguistics, sociolinguistics, anthropology, sociology, psychology and cultural geography (Ben-Rafael, Shohamy and Barni, 2010). The term Linguistic Landscape was first used by Landry and Bourhis in a paper published in 1997, when they defined it as;

Shohamy and Gorter have since widened the scope of the definition to include:

…language in the environment, words and images displayed and exposed in public spaces, that is the center of attention in this rapidly growing area referred to as Linguistic Landscape (LL).

In another study, Dagenais, Moore, Sabatier, Lamarre and Armand (2008) introduce the idea of the Linguistic Landscape as ‘environmental print’, i.e. cities as ‘texts’.

Features of the linguistic landscape

Most studies of the Linguistic Landscape are socio-economic in nature, i.e. they seek to find correlations between the use of certain languages (such as English) in parts of a city and compare them to the general standard of living in those areas. There is general agreement that language use in the linguistic landscape falls into one of two categories, top-down (public signs, created by the state and local government bodies) and bottom-up language use (created by shop owners, private businesses, etc.), as is summarised in the table below:

However, I prefer to think of it more as a cline, with varying degrees of how ‘official’ and ‘unofficial’ the language use is, as below:

This allows us to include things which are more complex to define, such a T-shirts, which are designed and manufactured by a company, but in which the individual expresses a personal choice by wearing. Their appearance in the urban landscape therefore has both top-down and bottom-up influences.

Why is the linguistic landscape important?

LL, indeed, constitutes the very scene – made of streets, corners, circuses, parks, buildings – where society’s public life takes place. As such, this scene carries crucial sociosymbolic importance as it actually identifies – and thus serves as the emblem of societies, communities and regions.

The linguistic landscape is important not only because it provides the backdrop to our day-to-day lives, but also as a valuable language learning resource. It shapes how we interact as a society and gives us our identity. And the best thing about it is that it’s everywhere, open to everyone and free.

This is introduction is part of a longer article aimed at language teachers which I wrote for In-English Digital, a free online publication. 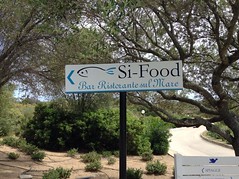 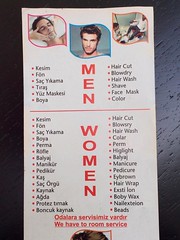 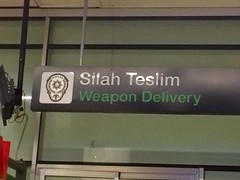